As I open my eyes yesterday morning at 8AM, Sandy says “We’re going on a magical mystery tour…are you into it?”  With all of this “Say Yes” over the last year or so, of course I was.
By 8:45 we were in the car and on our way to, as far as I was concerned, an unknown destination with my new favorite Pandora linked into the radio. It’s almost like a game listening to the Pandora music that produces song after song we both enjoy. Every few songs, Sandy says “this will be the test” (to see if Pandora stays on track)..and the songs just keep on pleasing, with a rare exception.
I have no idea where we are going other than east on the L.I.E and then east on Route 27.
Sandy says “make a left here”…the sign says Sag Harbor and the radio says Magical Mystery Tour…no joke!
Sag Harbor…what’s in Sag Harbor? …maybe a new restaurant and then where?
“Make a left into Bay Burger”. Aha! A farmers market.
In reality, I had no idea what I was in for since this was not just any farmers market. It was the Fair Food Market at Bay Burger in Sag Harbor…a small compact venue of those among the best of what the North Fork has to offer in culinary delights.
As you enter, you meet Art Ludlow of Mecox Bay Dairy (mecoxbaydairy.com) offering tastes of his artisan cheeses (see pic). We bought 3 of them. Next was A Taste of the North Fork (www.atasteofthenorthfork.com)hosted by Jill Barr, where fresh local ingredients are used to produce some very interesting organic food products. We bought a couple of quarts of  fresh tomatoes packed in Ball jars. They also have a retail location on Peconic Lane in Peconic.
What put a smile on my face was “Fat Ass Fudge”. You heard me right…Fat Ass Fudge.Can you imagine? (fatassfudge@optimum.net). Check out the pic of Jill and Donna and her Fat Ass logo.  Among many selections Donna McCue produces is chocolate fudge like I have never tasted. Sweet, creamy and the texture…ohhh, the texture. Had to have some.
Represented as well was Wolffer Estate Vineyard and several other fine purveyors. Among them was
Sweet Andy’s Cookies out of Westhampton…producer of  many types of cookies cookies and one of the best oatmeal raisin cookies ever (www.sweetandyscookies.com).  It was at this point that I had actually run out of cash and they didn’t take credit cards. As I’m standing there saying “nuts” to myself,
Lissa Terry  decided I was worth a Christmas present and asked me which bag of cookies would put a smile on my face. Thank you Lissa. We ARE in each others future.
Simply put, we met some gracious folks with a  world of personality. Jill from A Taste of the North Fork was even gracious enough to let me video her thoughts on what vineyards she likes and other interesting stops for the traveler.
As we were leaving, I decided to take a pic of the mural on the side of the wall of Bay Burger and a fellow walking around outside with a Santa hat pointed out the mural was painted by Molly Weiss, a local artist (see pic). He introduced himself as none other than John Landes, the owner of the Bay Burger. That cemented everything. It was meant to be that we would have to come home to the Bay Burger when they open again in season.
All in all…a truly Magical Mystery Tour.
Summer or Winter…there are things happening out here that can keep the day tripper or overnighter busy…assuming you just know how to “Say Yes”. 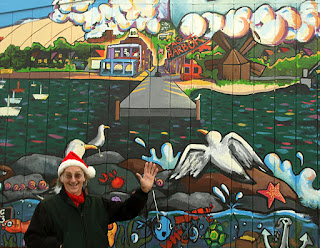 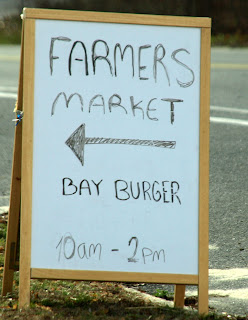 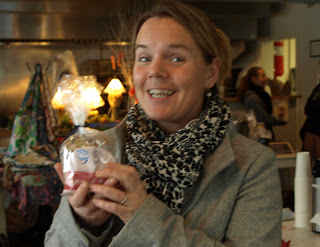 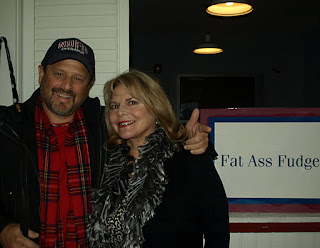 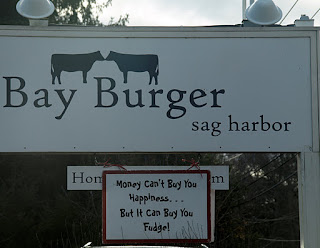 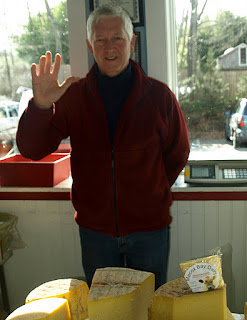 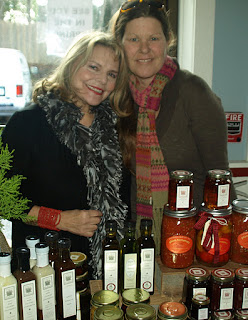 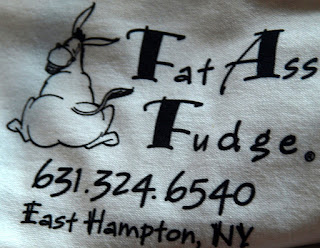